“I grew up in this town, my poetry was born between the hill and the

river, it took its voice from the rain, and like the timber, it steeped itself in

So, you are thinking about visiting Chile in South America. It’s a long, narrow country along the southern half of the west coast of South America tucked between the Andes and the Pacific Ocean. Peru is to the north, Bolivia to the northeast and Argentina to the east. Chile commands more than 3,100 miles of coast on the South Pacific Ocean.

Think of it as a long colorful ribbon or tassel on South America’s skirt gaily flirting with the ocean. In fact, Chile is the longest country in the world from north to south and the Andes Mountain Range extends the entire length. Mountains on one side, the sea on the other – what’s not to love.

Before we go too much further into the delights of this country which abounds in natural beauty, let’s get the pronunciation correct. The official language in Chile is Spanish although the dialect is different from some ofits neighbors. Still, think – chee-leh rather than chilly – like you’re cold. The final ‘e’ has an ‘a’ sound.

Delving a bit deeper, Chile may have derived its name from the indigenous Mapuche word chilli, “where the land ends” or another thought is that it is attributed to the Mapuche imitation of a bird call – cheele-cheele. TheSpanish heard about chilli from the Incas in Peru who had been unable to conquer the land. Apparently the Mapuche were quite warlike. In the early 1500s, the survivors of the first Spanish expedition south from Peru called themselves “Men of Chilli.”

Your city of entry, assuming that you are flying in, will be the capital of Chile, Santiago de Chile. It’s Chile’s most densely populated city and the cultural, political and financial center. It’s home to many multinational corporations.

The downtown area is dotted with art deco, neo-gothic and other styles. Take a stroll down one of its winding streets or visit one of the many parks. The outskirts of the city are surrounded by vineyards. There are more than 100 wineries in Chile which now ranks as the fifth largest exporter of wine in the world.

For a new wine experience, visit Emiliana Vineyards, just about an hour outside of Santiago. These folks are dedicated and passionate about organic winemaking. They are the first winery in South America to create abiodynamic wine. Cheers as you toast with a glass of their Chardonnay or Pinot Noir.

Don’t leave Chile without trying their national drink, Pisco. It’s a clear liquid similar to brandy, grown in the Elqui Valley from only certain types of grapes that are fermented and then distilled into a potent “aguardiente.”You’ll find it mixed with different soft drinks like Coca-Cola (Piscola) orginger ale. The most common version is the Pisco sour where it is blended with lemon juice, sugar, ice and beaten egg whites. It has a passionate following in Chile and Peru with both countries claiming to be the original producers of this lively liqueur. Don’t be surprised by its potency, Pisco sours can be quite strong but they’re deceptively very smooth as well. Oftentimes Pisco is housed in these neat leather-looking bottles with detailed etchings – just adds to the fun and memories.

Keep in mind that when you are in Santiago the mountains or the sea are only an hour away.

You’ll want to visit the port city of Valparaiso known as “The Garden City.” In addition to lush vistas from this major seaport and educational hub (home to several universities), you’ll be delighted when you encounter a street musician or dazzled by artwork. They have world-class street art.

The buildings are vast canvases for intricate paintings. For a really good perspective, try one of the cable cars for an unforgettable aerial view. And for you author fans, Pablo Neruda, the Chilean Nobel prize winning poet, loved this city. You may want to visit his eccentric house, La Sebastiana.

Chile is home to one of the driest deserts in the world, the Atacama Desert. Parts of this arid land have not seen rain since record keeping began. While devoid of water, the Atacama is home to geoglyphs – large drawings on the side of mountains. One of the largest anthropomorphic figures is nearly 400 feet high thought to be an ancient deity.

From the driest desert, Chile has one of the highest lakes above sea level in the world called “Lake Chungara.” Near Puerto Varas, Petrohue Falls, inside Vicente Perez Rosales National Park, affords some beautiful scenery -like Osorno Volcano -and the Andes. The hike is doable and the trails are well maintained. Don’t be disappointed as the waterfalls aren’t the high variety falling down from above. They are more like a series of rapids spurting out from the rocks but definitely worth a visit especially to see the brilliant turquoise waters. With the white-capped volcano in the background and a series of trails to choose from, youcan escape for quiet reflection. For many who visit Chile, the visit to Petrohue Falls is a high point.

While there is a new bridge built next to it, you can walk on the old picturesque Quelhue Bridge over the Trancura River. It’s used by the locals and now a tourist attraction. The Trancura River has white water rafting as well as fly-fishing. Home to hundreds of volcanoes, you’ll be able to see three spectacular ones from this bridge.

In the heart of the lake district is Pucon, a lovely town nestled beside Lake Villarrica with the smoking Villarrica Volcano as a picture-perfect backdrop. Villarrica Volcano is one of the most active volcanoes in Latin America. It is an adventure wonderland due to its beautiful landscape and number of glaciers. You can climb by foot to the crater for a spectacular 360-degree view or ski down its slopes. If you didn’t know that you were in Chile, you might think you were in an Alpine town in Europe. The town is small and easy to walk around and it is the base for a number of nearby excursions. Take in a thermal pool or volcano climb or bask on the black sand beach.

Pucon has a bit of an aristocratic air to it. It was once the home of foreign fishers, artists and intellectuals. Today, you can stay in a hostel or a luxurious night at the casino.

So clear. The lakes in this area distinguish themselves because of their

enduring crystallinity due to underground drains. During the winter, the

toxins received during the summer, are drained. The region is sparsely

populated so the waters are not affected by agriculture. So, transparency and purity are maintained. Lake Caburgua is one of the last Chilean lakes unspoiled by algae.

And then there’s Patagonia, a region encompassing the vast southernmost tip of South America shared by Chile and Argentina with the Andes Mountains as a dividing line. The Argentinian side features arid grasslands, steppes and deserts but on the Chilean side you’ll find glacial fjords and temperate rainforests.

Definitely plan a visit to the Torres del Paine National Park. This park has mountains, glaciers, lakes and rivers. Paine means “blue” in the native Tehuelche (Aonikenk) language. It is pronounced PIE-nay. You will be dazzled by the bluest waters which release their heavenly hues into the glaciers that often are found floating on top. Not only blue but often jutting up like mountains of diamonds glistening in the sun – quite dramatic.

Speaking of drama, the Torres del Paine are the distinctive three granite peaks of the Paine mountain range. You won’t miss them as they soar some 8,200 feet above sea level. The valleys and lakes in this area are perfect to see from atop of a horse or hiking one of the many trails. TripAdvisor has ranked this stunningly gorgeous area as the 8th Wonder of the World.

Forming a long row of black silhouettes against a setting sun, Easter Island is known for its nearly 1,000 extant monumental statues, called moai, created by the early Rapa Nui people. It is one of the most isolated islands on Earth. It is officially a Chilean island at the southeasternmost point of the Polynesian Triangle in Oceania some 2,300 miles from Chile’s west coast and 2,500 miles east of Tahiti. The creators of these magical giants were master craftsmen and engineers. It is still unknown exactly why they were built in such numbers and scale averaging 13 feet in height and weighing 13 tons. Wonder how they moved them around the island? Plan a visit if you can.

If you are into star gazing, the atmosphere in the mountains in the northern part of Chile is excellent because the air is so clear. In fact, recorded to have 300 clear nights a year. Naturally, there are several observatories in thearea.

Blessed with extraordinary natural beauty, Chile is also home to nine different indigenous groups. The largest one is the Mapuche, followed by the Aymara, the Diaguita, the Lickanantay and the Quechua peoples. Take advantage of opportunities to visit and learn about their cultures. Each has their own customs and traditions.

Chile has a little bit of everything and more. Oh, I don’t want to leave out something for you sports enthusiasts. The Pan American games will be held in Santiago, Chile in October 2023. Try a visit before and I’m sure that you will want to return.

Good things come in small packages. Traveling in a smaller group ensures that you will have a more intimate experience and the flexibility and freedom to explore. Biotrek Adventure Travels offers just such a package for the discriminating vagabond.

Anita Sherman is the community editor for the Fauquier Times, a freelance writer and a sometimes-itinerant traveler. You may reach her atanitajustwrite@gmail.com 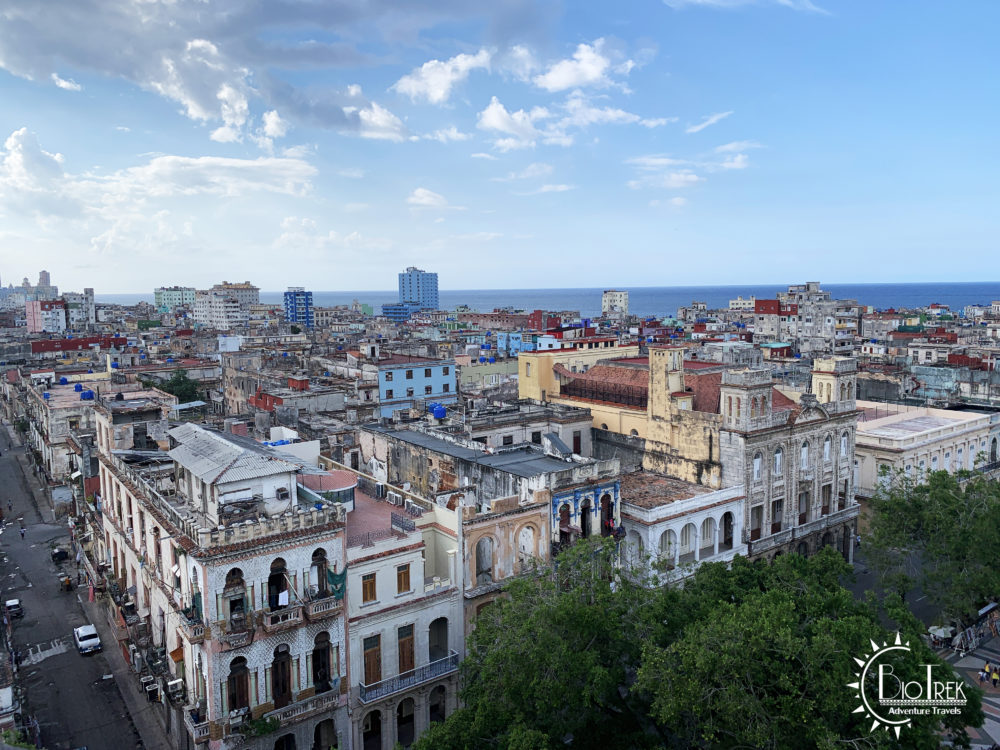